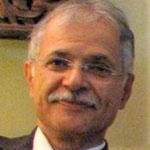 Pradeep Chhibber  is a Professor of Political Science and Director of the Institute of International Studies at the University of California, Berkeley. He is currently pursuing two research projects. The first focuses on the influence of religious practice on perceptions of political representation.  The second examines governance from the perspective of the citizen. Pradeep received his Ph.D. from UCLA, and his M.A. and M.Phil. from the University of Delhi. He has authored and co-authored several books including The Formation of National Party Systems: Federalism and Party Competition in Britain, Canada and the U.S. with Ken Kollman, and Democracy without Associations: Transformation of Party Systems and Social Cleavages in India, both of which have won Leon Epstein Awards for best book published in the field of political parties and organizations. Pradeep also holds the Indo-American Community Chair in India Studies and the Class of 1959 Chair at the UC Berkeley campus. 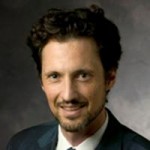 Ernesto Dal Bó is the Phillips Girgich Associate Professor of Business and Director of the Berkeley Center for Political Economy at the University of California, Berkeley. His research focuses on phenomena that affect governance, such as political influence, social conflict, corruption, morality and social norms, state formation and the development of state capabilities, as well as the qualities and behavior of politicians and public servants.

Edward Miguel is the Oxfam Professor in Environmental and Resource Economics and Faculty Director of the Center for Effective Global Action at the University of California, Berkeley, where he has taught since 2000. He earned S.B. degrees in both Economics and Mathematics from MIT, received a Ph.D. in Economics from Harvard University, where he was a National Science Foundation Fellow, and has been a visiting professor at Princeton University and Stanford University.

Ted’s main research focus is African economic development, including work on the economic causes and consequences of violence; the impact of ethnic divisions on local collective action; and interactions between health, education, environment, and productivity for the poor. He has conducted field work in Kenya, Sierra Leone, Tanzania, and India. Ted is a Faculty Research Associate of the National Bureau of Economic Research, Associate Editor of the Quarterly Journal of Economics and Journal of Development Economics, recipient of the 2005 Alfred P. Sloan Fellowship, and winner of the 2005 Kenneth J. Arrow Prize awarded annually by the International Health Economics Association for the Best Paper in Health Economics.

Ted is a recipient of the 2012 U.C. Berkeley campus-wide Distinguished Teaching Award, the Best Graduate Adviser Award in the Berkeley Economics Department, and has served on over 65 completed doctoral dissertation committees.

He has written two books, Africa’s Turn? (MIT Press 2009), and, with Ray Fisman, Economic Gangsters: Corruption, Violence and the Poverty of Nations (Princeton University Press 2008). Economic Gangsters has been translated into ten languages, and the New York Times’ Nicholas Kristof praises it as “smart and eminently readable”. Miguel’s other writing has appeared in Foreign Affairs, Forbes, and the New York Times.