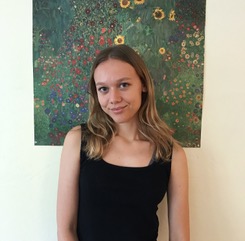 Louise Curtis is a junior pursuing a BA in History, with a concentration in European and intellectual history. Specifically, she is interested in 18th and 19th century political thought, historiography, and women’s history. She is also pursuing minors in both French and German and plans to study abroad in France in Spring 2020 to further explore the intersections between history, society, and language. Since March Louise has worked as a research assistant to Chancellor’s Professor Emeritus David Collier, researching, writing, and editing scholarly work on critical junctures, methodology in Political Science, and electoral realignment in the United States. 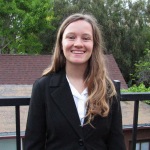 Barbara is a junior from Mountain View, CA, majoring in Political Science and minoring in Public Policy at UC Berkeley. Her prior research focuses on the use of social media in Indian politics and particularly how it reflects ideological polarization among Members of Parliament. On campus, she is also the Financial Aid Coordinator for the Student Advocate’s Office, where she assists students with Financial Aid concerns and advocates for policies to serve students. When she is not in Berkeley, she is most likely in Lake Tahoe hiking or skiing. 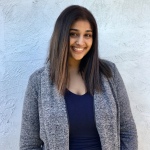 Aman Dosanjh is a third year majoring in Global Studies with a concentration in Peace and Conflict and minors in Human Rights and Public Policy. Her interests include post-conflict resolution, migration, and socioeconomic inequality, especially in relation to the region of South Asia.This past summer, she was in Mumbai interning for the CSR department of Tata Power on creating a village development index to measure the parameters of socioeconomic development. At Berkeley she has worked with Asha for Education to teach a DeCal on Indian social and political issues, wrote for the world section of Berkeley Political Review and currently serves as philanthropy chair for the international relations fraternity Delta Phi Epsilon, In the future, Aman hopes to pursue a Masters in International Relations and work for International NGOs on humanitarian aid and conflict resolution. 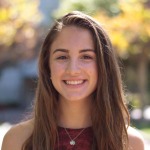 Rebecca Gerny is a senior studying Global Studies with a concentration in Peace and Conflict Studies and Sub-Saharan Africa. Her interests include the effect of youth social movements on democracy in West Africa, the human effects of climate change, and the intersections of sustainability and equitable development. She works as a research assistant studying community gardens in Uganda through the Institute for the Study of Societal Issues and has previously conducted ethnographic research on women’s empowerment in rural Hausa communities in Niger. Rebecca spent a year studying in Dakar, Senegal and Paris, France and hopes to pursue further education in sustainable development. She enjoys running, reading, and appreciating the beauty of our planet while she still can. 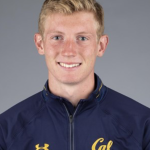 Ben Harper is a fourth year pursuing a B.A. in Political Science and Music. His academic interests include early to modern political theory and comparative political economy. Since January 2020, he has served as a research assistant to Chancellor’s Professor Emeritus David Collier, assisting with writing, editing, and researching scholarly work on the critical junctures methodology in Political Science. He also currently works at the Oakland Mayor’s Office conducting research on and helping to draft policies to address the housing affordability and homelessness crisis. Outside of his academic work, Ben is a captain of the Cal Cross Country and Track and Field teams. 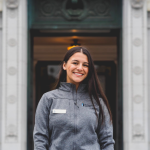 Savanna Alejandra is a Venezuelan second year business administration student in the Haas Global Management Program with a minor in education. Her academic interests include global politics, corporate business in third world countries, and the overall interconnection and development of politics and business, specifically in Latin America. She spent her first semester of college, Fall 2018, in London, getting her first international business experience in a bustling, corporate city. Growing up in Venezuela has also made her interested and active in the economic and political crisis occurring there. Outside of that you can find her salsa dancing on Sproul with Salsa@Cal, giving campus tours as a campus ambassador, or reading a fantasy book at a new coffee shop. 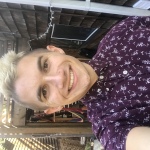 Zachary Miller is a senior hailing from Petaluma, California. Zach is majoring in Political Science with a minor in Russian culture and language in order to further expand his knowledge of international politics. Zach is interested in the role governments play in protecting human rights, and the effect that human rights abuses have on government legitimacy. Zach is passionate about exploring LGBT rights in advanced industrialized countries, such as Russia and China. His previous research projects span two years in the Political Science Department under The Minerva Project, where he performed constitutional analysis regarding legislative provisions. Zach’s research projects also analyzed and cross referenced paramilitary datasets for disagreements and discontinuities. Zach is planning on attending law school and receiving his J.D, which he could then use to help fight for international human rights. 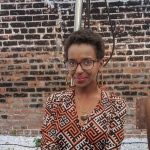 Lindah Muturi is a senior from Kiambu, Kenya. She is pursuing a double major in Economics and Global Studies with a focus on development in Sub-Saharan Africa at UC Berkeley. She is interested in researching economic development in Sub Saharan countries and how to shape global perceptions on the same. She spent Spring ’19 in the Netherlands looking into European influence on Sub-Sahara African development and the summer researching the effect of the recent demonetization in Kenya. She is excited to learn more about West African countries and hopes to influence policy in Africa in the future. 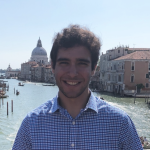 William Ryan is a senior pursuing a B.A. in Political Science and a minor in Political Economy at UC Berkeley. His interests include American politics with a specific focus on criminal justice and environmental policy at the local level. Since September 2018, he has served as a research assistant for David Collier, Chancellor’s Professor Emeritus in Political Science. He has also interned at the New York City Council’s Office and the Manhattan Borough President’s Office, and he hopes to graduate in the Spring and attend law school in the Fall. 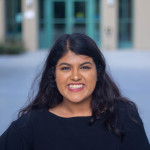 Tanya Tandon is a junior originally from Memphis, TN, pursuing a B.A. in Political Science and a minor in Public Policy. Her research interests lie in women’s rights, legal accessibility, and the intersection of business and human rights in the realm of corporate social responsibility (CSR) and sustainability. This past summer, Tanya worked in Mumbai at Tata’s Indian Hotels Company Limited’s and worked on CSR legal and supply chain projects. Through this experience, Tanya gained firsthand knowledge of a large company’s impact on local communities and improved positive engagement. On-campus, Tanya is involved as the President of the Association for Socially Responsible Business and has worked with professors like Professor Matanock and Professor Miazad. Tanya hopes to work in the industry before pursuing a law degree and sees herself investigating human rights and environmental violence committed by governments and businesses in the future. 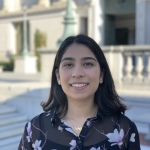 Meher Wadhawan is an international student in her third year pursuing a B.A. in Political Science and a minor in Political Economy. Her academic interests include rising powers in global politics and the intersection of development, nationalism and identity in post-colonial states. Meher also researches at the Berkeley School of Law’s Human Rights Center Investigations Lab, which combines technology, law and journalism for human rights. Aside from research, Meher writes for the Berkeley Political Review and is the Treasurer for the organization Women in Politics at Berkeley. She hopes to pursue a career in research and international affairs, analysing the growing challenges of an ever-globalizing world.

Elsa Whyte is a senior at UC Berkeley pursuing a B.A. in Political Science and in Spanish. Her interests broadly include human rights, immigration, and international development, with a specific focus on Latin America. She spent the Spring 2019 semester abroad at the Pontifical Catholic University of Chile, where she studied Latin American politics and international human rights. Also in Santiago, she interned at a non-profit helping immigrants find employment in Chile and navigate visa paperwork. She is fluent in English, French, and Spanish. Besides her academic interests, Elsa works as a campus ambassador at Cal and she volunteers at a Berkeley middle school twice a week.