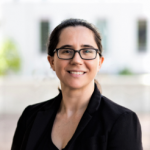 Natália joined the Center on the Politics of Development in January 2014. She is an assistant professor at Emory University. Her research interests are comparative politics, public policy, elections, and inequality. Her work has been published at Comparative Political Studies, World Politics, Latin American Research Review. Her dissertation was the 2019 recipient of the Harold D. Lasswell Award for best dissertation in the field of public policy and the 2018 James G. March award by Yale’s Political Science department. She received a Ph.D. in Political Science and a M.A. in International Development Economics from Yale University. She holds a M.A. in Political Science from the University of São Paulo (USP) and a B.A. in Social Sciences from the Federal University of Minas Gerais (UFMG). 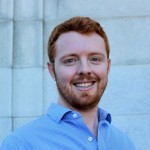 Christopher is an Academy Scholar at the Harvard Academy for International and Area Studies and Research Associate at the Center on the Politics of Development at the University of California, Berkeley. He received his PhD in Political Science from the University of California, Berkeley in 2020. He has published or has forthcoming work on indigenous autonomy in the Americas, political parties in Latin America, and methods for causal inference. The research for his dissertation on indigenous autonomy won the 2020 APSA Best Fieldwork Award. Prior to pursuing his Ph.D., Chris completed a Masters degree in Latin American Studies at the University of Cambridge, where he studied as a Gates Cambridge Scholar. He also holds a B.A. in Political Science and History from the University of North Carolina – Chapel Hill, where he studied as a Morehead-Cain scholar. 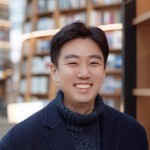 Danny joined the Center on the Politics of Development in May 2014. He is an assistant professor of political science at the University of Pittsburgh. His research focuses on democratic representation and identity politics, with a regional focus on Sub-Saharan Africa. His first coauthored book project examines the extent to which common norms, identities, and ideas can reduce prejudice and discrimination against immigrants and ultimately facilitate their inclusion in democratic polities. His second book project investigates how political parties and the nature of candidate selection institutions influence the relationship between elected representatives and their constituents in new democracies. He also has a series of papers and projects on these two themes. Danny received his PhD in Political Science from UC Berkeley in 2018 and was previously a pre/postdoctoral fellow at the Identity & Conflict Lab, University of Pennsylvania.
www.dhdannychoi.com 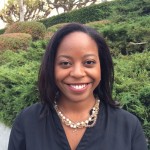 Justine is an LSA Collegiate Fellow in the Department of Afroamerican and African Studies (DAAS) at the University of Michigan, where she will be an Assistant Professor of Afroamerican and African Studies and Political Science starting in the fall of 2022. She holds a PhD from the University of California, Berkeley, was a UC presidential postdoctoral fellow at the University of California, San Diego, and holds a master’s degree from the American University of Paris and la Sorbonne-Paris I. Her research interests include electoral violence, civil society, and the challenges to democratization efforts in post-conflict settings and weakly institutionalized democracies. Her dissertation, “Wartime Experiences of Civic Leaders: Legacies of Civil War, Rebel Control, and Democratization in Post-Conflict Africa,” won the Western Political Science Association best dissertation award in 2020. She also won the Ralph Bunche Best Graduate Student Paper in 2018 Award from the African Politics Conference Group, an organized section of the American Political Science Association and the African Studies Association. Her research has been published in African Affairs, Party Politics, and the South African Geographical Journal. 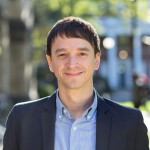 Germán is an Assistant Professor at Universidad de San Andrés (UdeSA), in Buenos Aires, Argentina. Before relocating to Argentina, he was a Pre/Postdoctoral Associate at Duke University and a Postdoctoral Fellow at Yale’s Program on Democracy. Germán conducts theoretical and empirical research on political development, with an emphasis on elections, political parties, corruption, and the politics of economic adjustment. His research has been published in the American Journal of Political Science, the Journal of Politics, and the British Journal of Political Science, among others. German received his PhD, with departmental and university distinction, from Yale University in 2016. 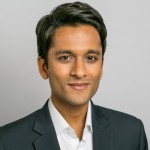 Nikhar is an Assistant Professor in the Department of Political Science and a Member of the Committee on Global Thought at Columbia University. He specializes in international and comparative political economy, with a focus on the politics of economic policymaking, business-state relations, and identity. Substantively, he works on trade, migration, and environmental policymaking. He has a regional specialization in India, which he studies in comparative perspective with other democratic emerging economies. Prior to joining Columbia University, he was a Fellow at the Niehaus Center for Globalization and Governance at Princeton University and a Non-Resident Research Associate at the Center on the Politics of Development at University of California, Berkeley. He received his PhD, with departmental and university distinction, in Political Science from Yale University, and BA, magna cum laude, in Economics and Political Science (honors) from Williams College. 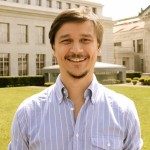 Lucas is an Assistant Professor at Insper, São Paulo. His research focuses on political representation, accountability, gender inequality, media, and political institutions, and he employs a multi-method approach. In his book project, he conceptualizes a new type of political party that, despite being weak, allows hierarchical social structures to survive, and even thrive, under democratic regimes. Part of this project has been published in the American Journal of Political Science. Before joining Insper, Lucas was research associate at IAST – Toulouse, France. He holds a Ph.D. in Political Science from the University of California, Berkeley. 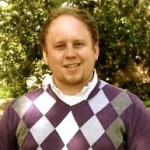 Mathias is an Assistant Professor of Political Science at the London School of Economics and Political Science. His research lies at the intersection of political behavior, democratic representation, political parties and movements, and political methodology, with a regional focus on Latin America and Europe. In his work, he uses a variety of methods, including experimental, quasi-experimental, and fieldwork intensive qualitative techniques, to study how political participation and representation are shaped by social identities, such as partisanship, ethnicity, and gender. His first line of research studies these issues by examining how identification with new parties and electoral support for them are shaped by new types of civil society organizations. His second line of research explores the role of ethnic and gender identities in the context of immigration. Through a series of articles and a second, co-authored book, he studies the causes of discrimination towards immigrants and explore how shared social norms can reduce inter-group conflict between immigrants and natives. He received his Ph.D. in Political Science from the University of California, Berkeley. Prior to joining the LSE, he held a postdoctoral fellowship with the Evidence in Governance and Politics network and the Center on the Politics of Development and a faculty position at Texas A&M University. 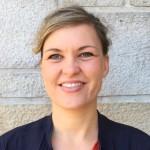 Pia is an Assistant Professor of Government at Harvard University, working at the intersection of political economy of development and comparative politics. She is interested in political accountability, with a focus on Sub-Saharan Africa and Germany. Her research focuses on political oversight of bureaucrats and implications for public service provision and electoral behavior, and was awarded the Best Fieldwork Award, Best Dissertation Award in Experimental Research, and Best Experimental Paper Award from the American Political Science Association. Pia uses experimental, quasi-experimental and qualitative methods to measure causal effects and disentangle the underlying mechanisms. Her work has been published or is forthcoming in the American Journal of Political Science, the Journal of Politics, Science Advances, and the Journal of Development Economics. She holds a Ph.D. in Political Science from Yale University and has spent a year as a fellow at Princeton University’s Niehaus Center and the Center for the Study of Democratic Politics. 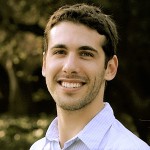 Steven is an Assistant Professor in Political Science at Boston University. He studies comparative politics and the political economy of development, with a particular focus on electoral accountability, political violence, and democratic erosion. His research has been supported by the MacMillan Center for International and Area Studies, the Leitner Program in International and Comparative Political Economy, and the Yale Council on African Studies. Steve completed his Ph.D. in the Department of Political Science at Yale University, where his dissertation was awarded the APCG-Lynne Rienner Best Dissertation in African Politics in 2017 by the African Politics Conference Group, a section of the American Political Science Association and African Studies Association.

Steve’s book project investigates the logic of violence in electoral competition, analyzing why politicians use violence as an electoral tactic and how it affects voting behavior. He has also studied how the partisanship of elected officials affects local ethnic violence, as well as the relationship between electoral competition and local public goods provision. His current projects include researching the effects of party primaries in developing democracies, the logic of ethnic voting, the validity of data from household surveys conducted in the developing world, and the effects of a program to strengthen American democracy through partisan depolarization.

He previously worked on global health policy research at the Center for Global Development and in the microfinance sector in Tanzania, and has served as a consultant for the Transparency and Accountability Initiative and USAID-funded programming on violent extremism. 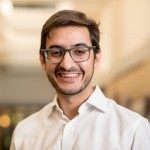 Luis is an Assistant Professor in Political Science at the University of Notre Dame and a Faculty Fellow of the Kellogg Institute for International Studies.  Previously, he was a Postdoctoral Prize Research Fellow in Politics at Nuffield College, University of Oxford. Luis is also a board member of the Argentine Panel Election Study. Luis’ research uses tools of causal inference to investigate how citizens engage in electoral accountability, participate in mass protests, and form preferences for redistribution. His research has been published or is forthcoming at The Journal of Politics, British Journal of Political Science, Journal of Conflict Resolution, Perspectives on Politics, and at University of Michigan Press. His book project explores why incumbency provides politicians with an electoral advantage in some developing countries, but places them at an electoral disadvantage in others. Luis earned a Ph.D. in Political Science from Yale University and a B.A. in Political Science from Universidad Torcuato Di Tella. 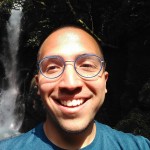 Carlos earned his PhD in Political Science at the University of California, Berkeley, where he was also a Research Associate at the Center on the Politics of Development. Since September 2021, he is a Postdoctoral Scholar at Stanford Impact Labs (Poverty, Violence, and Governance Lab) and affiliated with the Center on Democracy, Development, and the Rule of Law. Broadly, his research interests encompass the political economy of development of Latin America and of sub-Saharan Africa. In particular, he studies questions concerning crime, human capital, immigration, and policing in developing countries. Carlos is from San Salvador, El Salvador. 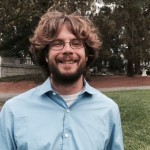 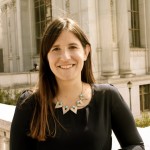 Guadalupe is an Assistant Professor in Princeton’s Department of Politics and School of Public and International Affairs.  She studies comparative politics and political economy with a regional focus on Latin America. She received a PhD in Political Science from UC Berkeley in 2019. Her first book project investigates how religious ideas about inequality and redistribution shape the electoral and policy influence of religious actors. The book is based on her dissertation, which won the Mancur Olson Prize for best dissertation in Political Economy and the Aaron Wildavsky award for best dissertation in religion and politics. Before joining the faculty at Princeton, she was an Academy Scholar at Harvard’s Weatherhead Center for International Affairs as well as a predoctoral fellow at the Identity & Conflict Lab (University of Pennsylvania) and the Center for the Study of Religion and Society (University of Notre Dame).