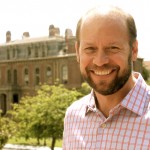 Thad has authored and co-authored several books including Crude Democracy: Natural Resource Wealth and Political Regimes (2008, Cambridge University Press), which won the Best Book Award from the Comparative Democratization Section of the American Political Science Association; Natural Experiments in the Social Sciences: A Design-Based Approach (2012, Cambridge University Press), which was co-winner of the Best Book Award from the Experimental Research Section of APSA; and Brokers, Voters, and Clientelism: The Puzzle of Distributive Politics (2013, Cambridge University Press) with Susan Stokes, Marcelo Nazareno, and Valeria Brusco. His articles have appeared in leading journals, including the American Political Science Review, Comparative Political Studies, International Organization, Political Analysis, and others. 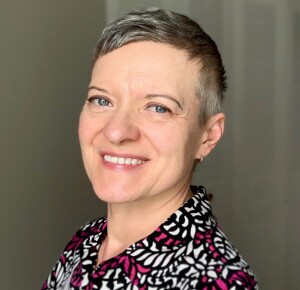 Claudia earned her M.A. in Sociology with a focus on Women’s Studies from the Technical University Berlin in Germany. She has over 15 years of leadership experience in international education, various non-profit organizations and start-ups. As a major part of her career, Claudia collaborated with the U.S. Department of State, Bureau of Educational and Cultural Affairs (ECA) on facilitating cultural exchange programs for 15,000+ high school students from the U.S. and over 60 countries across the globe. Intent on contributing to improving peoples’ lives in her SF Bay Area community, Claudia dedicated part of her career to workforce development, pursuing partnerships with nine major U.S. banks, and creating career pathways into financial services for professionals from underrepresented communities. Additional professional accomplishments include the incubation and launch of mentorship programs for high-potential young leaders, and strategic partnership development for an online college offering automation-resistant skill-development.

In 2020 Claudia joined UC Berkeley as Program Manager for the Institute of International Studies (IIS) and the Center on the Politics of Development (CPD). In collaboration with IIS and CPD Directors, Claudia develops and manages programs and events, is responsible for fiscal and grant administration, and participates in the development of short and long-term strategic vision and planning for both Centers.